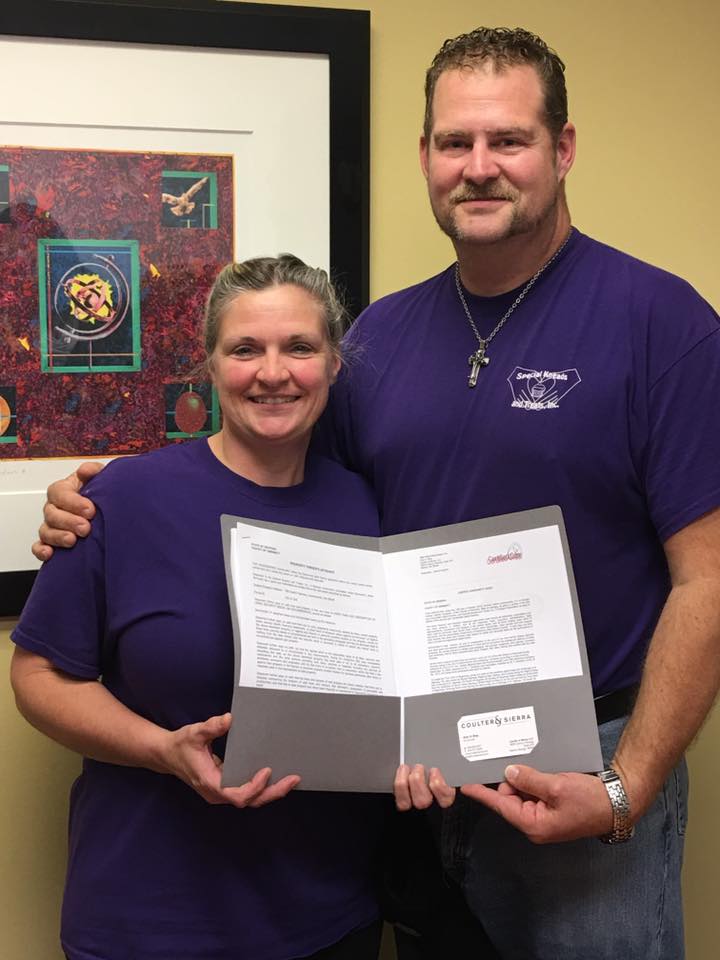 In 2008, Tempa and her husband Michael began thinking about plans for their son Bradley (born with Fragile X Syndrome) for after he turned 22 years old and aged out of county supported programs. They were trying to determine what jobs would be best for him as a special needs adult. As they were looking, they realized that there weren’t that many options available for adults with special needs.  They began to feel that God was giving them a vision for a bakery that would employee special needs adults and also impact their community in a positive way by providing Free birthday cakes for children whose families could not afford to purchase one.

Seeing as how Tempa has been baking and decorating since she was 13, they got excited about doing this with their lives, and there were other people who began to get excited and dream along with them. Six years later their dream became a reality, they leased the building, hired the original staff, and opened on January 23, 2014 which also happens to be Michael’s mother’s birthday.

The opening was so exciting. Their first customers through the door were a special needs group out on community skills that had no idea that they had just opened. The rest of the day was filled with excitement and memorable moments that finished up with their last customers of the day being a young couple with their wheel chair bound child that had chosen to have dessert rather than dinner for their anniversary as they could only afford one. It was confirmation from God with these bookends on their first day that they were following HIS will for their lives.

There were challenges for them along the way too.  They were training a new staff and trying to keep up with the orders that were flooding in. Learning how to run a business along with all the demands it required. Special Kneads and Treats has grown so fast and they now have 16 special needs adults in meaningful, gainful employment along with 4 that volunteer and another 150+ on a waiting list. 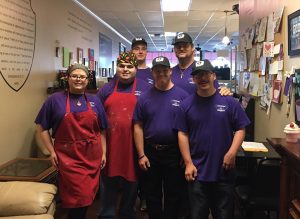 A lot of special things happen during a typical week for them. Approximately 600 customers come through the door resulting in almost 1,800 cupcakes being sent out along with various other cakes, cookies, choc-corn, and many other sweet treats. Sometimes up to 20 free birthday cakes are provided as well as many donated sweets to various other non profits and specialty groups in support of special needs or those less fortunate.

Some of the important things that special needs do on a weekly basis are placing stickers on just about anything you can imagine like bags, boxes, cups, lids, containers, etc. They help with laundry, cleaning and stocking, folding boxes, preparing recipes, decorating products and even assisting customers and in some cases running our registers.

They are honored that their work has caught a good bit of media attention over the last 3.5 years from the local news stations as well as National News and likewise with several media publications. This media coverage has opened their eyes and hearts to the realization that there is a huge need for the services they offer not only in their community but in all communities across our great country. 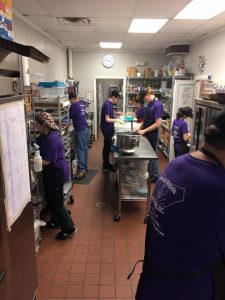 Hard at work in the Kitchen

They have had a wonderful 3 years and 4 months, but now they believe that God has placed a new and bigger vision in their hearts.  They envision a larger facility where more special needs can be employed that is more suitable for those requiring wheelchairs and walkers along with the ability to produce more products in support of the less fortunate and in need which could also be utilized as a distribution point feeding into small store fronts in most of the surrounding cities which in turn would allow for more special needs employment and community outreach.

They have procured a mortgage on a larger 11,000 square foot facility just about 8 blocks from their current space on the Lawrenceville Square. This could not only provide for what was stated above but also could open up more special needs employment opportunities that could include the ability to start shipping their product along with the capacity to handle larger contracted orders by stores and businesses that may wish to sell their branded products.

They are excited for the next phase of their journey to provide special needs adults with a meaningful job that encourages a sense of purpose and pride.  We would love for you to be a part of their Special Community.

Family starts thinking about plans for Bradley, due to aging out when he turns 22.

Set up a recurring donation!

Monday: CLOSED for Sanity and Grandkids

We also take orders for pickup over the phone or through our online store. All custom orders still require a minimum 7 day notice and prepayment. Please call with any questions. Our prayers are with you.

Stay up to date